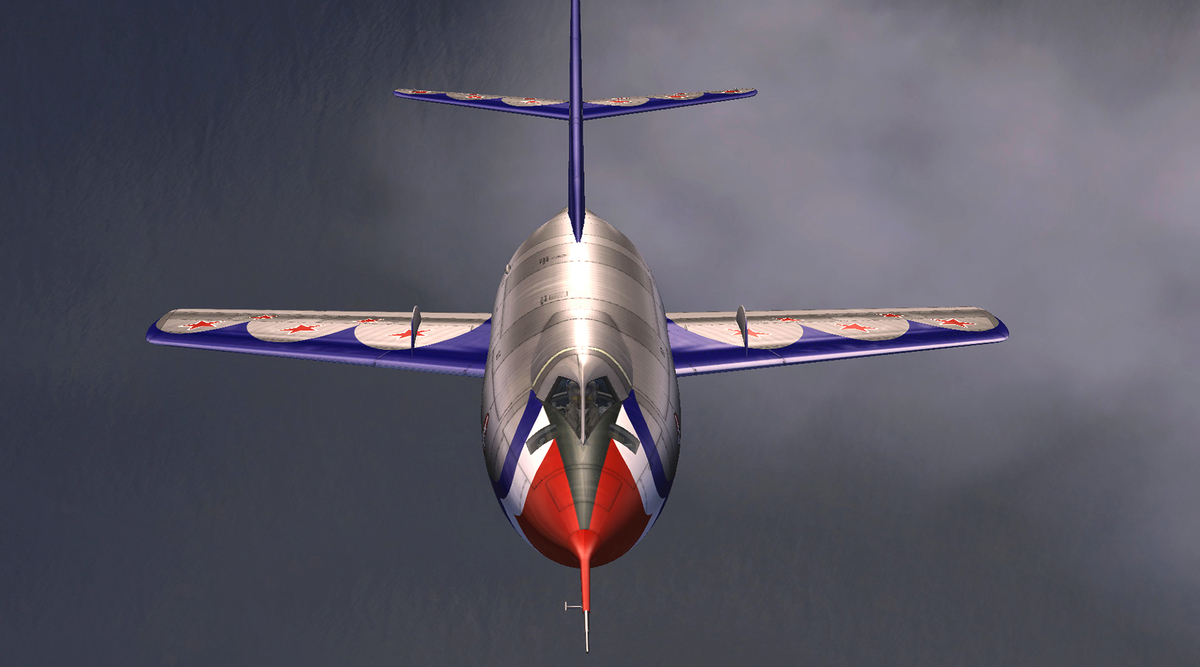 This is an update of the previous model FSXD-558-2 # 003_v1, changed to Hyblidmodel_v1.1.
Fixed an issue where pilot legs were visible from the outside of the nose.
And I changed the air intake to a larger size.
It may look and feel like a real sky rocket.
Along with that, the texture was also fixed.
When the reality setting was hard, the battery died in mid flight, but it has improved.
Added new texture variations.

I only upload to these two sites.

In the world of FSX, I never thought that the battery would not be charged due to a charger trouble.
It was solved by equipping the VC with a generator switch.
There may have been a different method by rewriting CFG etc.
But I was once again surprised by the realistic FSX! !! 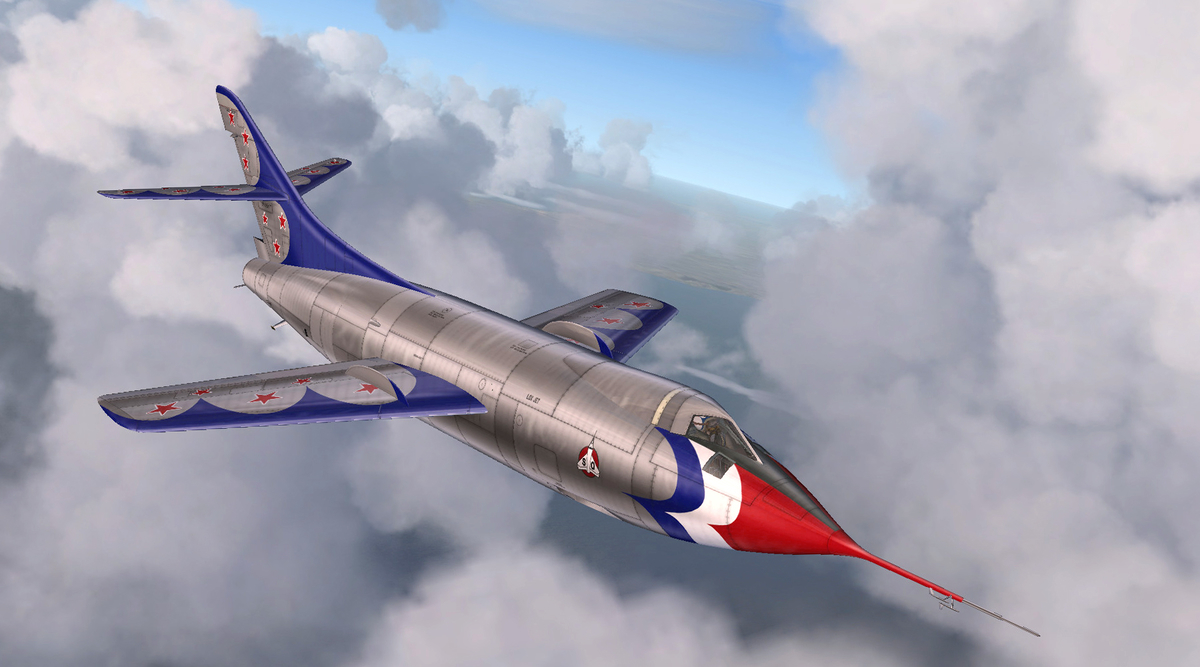 The secret Scordron Silver Dirt coloring of the Douglas D-558-2 Sky Rocket, controlled by the main character of the TV show "Captain Midnight", which was played in the United States in the 1950s, was added to the additional texture.

About 70 years ago, of course, I wasn't born, so I've never seen "Captain Midnight."
dagurasu D-558-2 was taught by an American who loved "Captain Midnight".
The person must be an elderly person.
Even as I grew older, I was very happy to hear that I still have the dreams of my childhood.

In fact, the reason I built the D-558-2 Sky Rocket, which I hadn't planned, was because of the request of the American.

I also want to have my childhood dreams forever.

: My FSX model can be downloaded at the following site

☆Simviation
https://simviation.com/1/front-page
: I have not uploaded it to other sites.